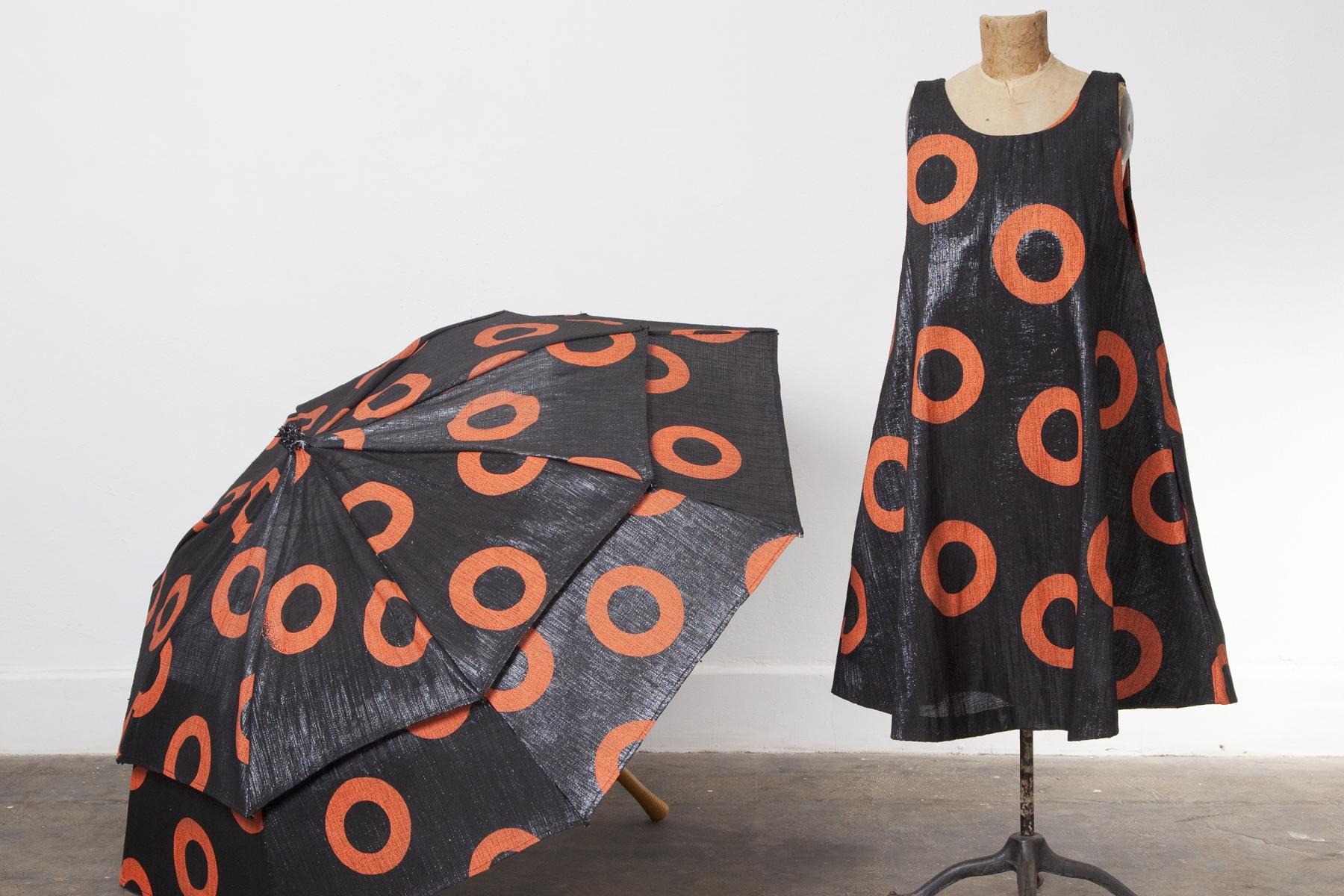 Ballroom Marfa showcased the work of artist Alyce Santoro in the 2011 Texas Biennial. With a background in both marine biology and scientific illustration, Santoro has been exploring the intersection of art and science for over twenty years. Widely known as the inventor of Sonic Fabric — an audible textile composed of recorded audiotape — Santoro’s interdisciplinary projects weave together philosophy and physics with ecology and social activism in quirky and provocative ways.

Santoro originally came to Far West Texas from Brooklyn, NY in 2006 to develop holistic modes of investigation and to experiment with socially and ecologically sustainable means to work and live. A 1970s school bus converted into a solar-powered studio, a greenhouse, rainwater harvesting systems, and the extensive use of recycled and found materials as building and art supplies have been integral parts of her research.

Santoro also visited the Marfa Jr./Sr. High School as part of Ballroom’s Making Art Work series to speak with the students about the intersection of art and science in her art practice.

Alyce Santoro holds a BS in Marine Biology from Southampton College in Southampton, New York, a Graduate Certificate in Scientific Illustration and an MA in Nature-Culture-Sustainability Studies from the Rhode Island School of Design in Providence, Rhode Island. Her work is exhibited internationally in venues ranging from the San Diego Museum of Contemporary Art, the Museu d’Art Contemporani in Barcelona, Spain, and the Gwangju Design Biennale.