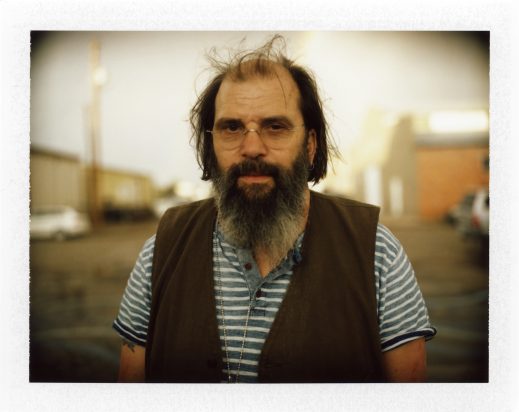 After seven years of trying, we were finally lucky enough to host the legendary Steve Earle and the Dukes in Marfa last Sunday, June 14, 2015. It was worth the wait. He played for two hours; the house was packed; it thunderstormed; and the most epic double rainbow of all time formed outside the theater, right before Steve played. Couldn’t ask for a better sign.

A huge thank you to Steve, the Dukes, Eleanor and Chris Masterson, his crew, all the wonderful people from far and wide who came to the show (we even had some folks from Japan!), and all the folks who took a risk on standing room tickets to join us (we think it worked out?). We also want to thank Matt & Mikelle Kruger, Ballroom Marfa members, and our ever-wonderful, ever-supportive friends at Big Bend Brewing Company, SAVED Wines, and the Crowley Theater.

In case you missed the show, check out the photos below, listen to the interview with Steve Earle over at Marfa Public Radio, and purchase the poster, designed by Mishka Westell, here.

Ballroom Marfa is proud to present Steve Earle and the Dukes at the Crowley Theater on June 14, 2015.

A protégé of legendary songwriters Townes Van Zandt and Guy Clark, Earle quickly became a master storyteller in his own right, with his songs being recorded by Johnny Cash, Willie Nelson, Emmylou Harris, Waylon Jennings, Travis Tritt, The Pretenders, Joan Baez, and many others. 1986 saw the release of his debut album, Guitar Town, which shot to number one on the country charts. What followed was a varied array of releases including the biting hard rock of Copperhead Road (1988), the minimalist beauty of Train A Comin’ (1995), the politically charged masterpiece Jerusalem (2002), and the Grammy Award-winning albums The Revolution Starts…Now (2004), Washington Square Serenade (2007), and Townes (2009).

On his 16th studio album, Terraplane, Earle pays tribute to the blues, influenced by the blues giants he saw growing up in Texas — Lightnin’ Hopkins, Freddy King, Johnny Winter, Jimmie and Stevie Ray Vaughan, Canned Heat, and Billy Gibbons. Recorded in Nashville, the new collection is his homage to the music that he calls “the commonest of human experience, perhaps the only thing that we all truly share,” and a record he has wanted to make for a long time.

It has long been a dream of ours to bring Earle to Far West Texas; we hope you can join us for this special evening with a country legend. Ballroom Marfa members and tri-county residents can purchase tickets for $15 by stopping by or calling the Ballroom Marfa gallery until May 1. Tickets are available to the general public for $30 at the Ballroom Marfa website.

Explore Steve Earle’s canon on YouTube (his 1991 concert at McCabe’s is heartbreaking), and read BOMB Magazine‘s interview with him from 1998.