Members Event: The Blessings of the Mystery As part of the Chinati Foundation’s Made in Marfa schedule of events over Chinati Weekend, Ballroom Marfa will host a tour of Äppärät, on Friday, October 9 at 5pm.

Curated by Tom Morton, Äppärät is a show about the mammalian hand, and the tools it touches, holds and uses. Taking its title from the name of a fictional, post-iPhone device at the center of Gary Shteyngart’s 2010 near-future novel Super Sad True Love Story, Äppärät is concerned with labor, play and the uncertain zone between the two; with the extension of the body, and the self, through technologies ancient and contemporary; with things (to borrow Martin Heidegger’s formulation) “present-at” and “ready-to” hand; with compulsion and with death.

You can find an 11” x 17” print of the Forever Sucking Dry image as the centerfold of Stay Golden, a desert surf films ‘zine designed and edited for Ballroom Marfa by Hilary duPont, Liz Janoff and Ian Lewis. Available for $10 in the Ballroom Marfa shop. The ‘zine also includes prose, poetry and artwork from Joshua Edwards, Tim Johnson, Eileen Myles and Brandon Shimoda. Come visit Ballroom Marfa at the first-ever FREDA holiday pop up in NYC this week, December 11th-13th, at The Collective Showroom from 11am-7pm. FREDA will be recreating their Marfa boutique space on a much larger scale with all of the wonderful brands we love from Marfa and beyond. There will be an opening night reception on Thursday, December 11th, from 6pm-9pm hosted by Pamela Love with drinks by Gather Journal and music by Ballroom Marfa!! If you or yours are in the city this week, please drop by and see us.

To mark the occasion of Ballroom Marfa’s 2014 NYC Benefit Gala, BlackBook talked with friend of the Ballroom Trey Laird of Laird+Partners. In this interview he shares the beginnings of his involvement in the town’s art infrastructure, and finding inspiration for his own creative endeavors.

How are things going for the Ballroom?

It’s amazing. Obviously the famous thing they supported was Prada Marfa–to have something like that in the middle of nowhere get such global attention, it’s really extraordinary. Not only for those artists, just what it says about independent art and being able to realize projects and have them accept people in different ways. I think there are so many thousands and thousands of people who drive by that and have no knowledge of art and don’t know anything about Ballroom or the artists or anything about it–but think about it and interact with art in maybe a way that they’re not even realizing. I think there’s something really amazing about that. Ballroom is one of those places that I think is such a free-spirit in the art world. There aren’t that many of those. There are so many institutions that are big and powerful and have huge budgets and powerful boards–but to have some small, independent things that are really open-minded and experimental, and have freedom, and allow artists to kind of push the limits of what they want to express: that’s the beauty of what Fairfax and Virginia have created. Most artists are super inspired to do something like that in Marfa. It’s just this magic place that. I’ve never met an artist that either hasn’t loved if they’ve been or isn’t dying to go if they haven’t. That’s inspiring; it’s a very inspiring place.

Ballroom Marfa’s 2014 New York Benefit Gala took place Monday night at Prince George Ballroom, a celebration of our 11 years of bringing world class music and art to the Big Bend. In addition to celebrating our past, the gala helps us to secure essential support for future programs. The event included the conclusion of our benefit auction – hosted by Artsy – along with Graham Reynolds’ performance of the first chapter in his Ballroom Marfa-commissioned Marfa Triptych, The Country & Western Big Band Suite.

Vogue, Style.com, Guest of a Guest and WWD were on hand to document the festivities:

New Yorkers have seen their fair share of ballrooms, but leave it to a group of Texans to find one that seemingly none of the art world glitterati have ever visited before…[Lauren] Santo Domingo, Maria Baibakova, and Sofia Coppola were all on hand to fete Ballroom and the pioneering spirit of the town of Marfa, as were Dustin Yellin, Rashid Johnson, and Luke Wilson, a native Texan. Peter Copping made one of his first New York appearances since taking the reins at Oscar de la Renta, and Naomi Campbell snuck in after appetizers to join Allison Sarofim’s table. View photos here.

Everything’s bigger in Texas—even when it’s a gala affair across the country. The nonprofit art space Ballroom Marfa shipped up to New York City for a benefit bash at another ballroom (the Prince George on 27th Street) last night. On the guest list: Naomi Campbell, Martha Stewart, Sofia Coppola, and more. View slideshow here.

From Guest of a Guest:

The Ballroom Marfa Benefit Gala took place at Prince George Ballroom last night with guests including Rainer Judd, Naomi Campbell, Texas-bred Luke Wilson, Dustin Yellin, Martha Stewart, and more. The event, which celebrated the 11th anniversary of the contemporary arts space, stayed true to the spirit of Marfa, Texas. [Be] sure to check out our slideshow.

An artsy fashion crowd trickled in as the cocktail hour lingered, allowing guests like Sofia Coppola, Peter Copping, Dustin Yellin, [and] Rainer Judd… [This] being a dinner for a Texas organization, the menu featured fried chicken and short ribs served with yams, corn bread, collard greens and macaroni and cheese. Grassy landscapes of Marfa washed over a projection screen while the Austin-based composer Graham Reynolds and his 11-piece band gave a commanding performance of the first installment in “The Marfa Triptych: The Country & Western Big Band Suite. See more here.

As part of the opening weekend celebrations for our upcoming exhibition, Hubbard/Birchler’s Sound Speed Marker, Ballroom Marfa is hosting a free concert by The Tish Hinojosa Band at the USO Building in Marfa at 8pm on Saturday, March 1st.

Tish Hinojosa is an Austin-based singer whose music is a reflection of her borderland background, combining the sounds of Texas country music with a love of traditional Mexican folk tunes, inviting comparisons to Linda Ronstadt and Townes Van Zandt. She’s recorded a dozen albums — singing in both Spanish and English — since her now-classic 1987 debut, From Taos to Tennessee.

We talked to Tish via email about growing up in San Antonio, her years as a back-up singer for Michael Martin Murphy, and her favorite spots in Austin to hear new music.

How has living in Germany affected you and your music?

I spent 2004 through 2012 living in Hamburg Germany. Because my stay there was related to my love and marriage to a German, the effect was one at first of adventure and excitement and a willingness to absorb everything: language, culture, food, everything German.

Their musical influence or history is not something that could really be said to effect my singer-songwriter sensitivity, unless we were to talk about Bavaria and the southern German influence of the accordion on Mexican music due to German immigrants in Texas (which has in it’s way affected my music, but that’s more from a Texas standpoint).

My time in Germany was spent in very urban Hamburg, where cover bands, blues, R&B, and discos rule. This lack of contemporary appreciation of “my kind” of music… and the years of realizing the underside of the German culture I was actually in, left little effect except leaving me more and more homesick for the U.S.A. That’s why my marriage is over and I am back in Austin re-building my career.

Even though you haven’t been to Marfa in some time, what were your impressions of the town and the Big Bend region?

I am excited to visit Marfa. It seems that although it was always a stop on visits to river trips in Big Bend and to El Paso or to Alpine (especially to stay up for the Marfa Lights), it always seemed quaint and sleepy. As for the buzz I am hearing from Austin friends and colleagues, Marfa is now quite a cosmic center for art, culture, and an extension of “keep Austin weird”-ness. I am looking forward to experiencing it from this new perspective!

You’ve been making music for decades, so how do you think your work has changed and evolved since your first album?

[It’s] been a very adventurous journey. My very first recordings were Tex-Mex bubblegum singles released along border radio stations when I was in my teens. This record label actually went on to become the first and premier Tejano label later. I was an experiment for the label in the early ’70s.

My real singer-songwriter career blossomed in the early ’80s when I left my hometown of San Antonio where I had been singing cover songs for tourists on the Riverwalk. I entered the first two songs I ever wrote to the Kerrville Folk Festival song-writing competition in 1979 and won. I then moved to northern New Mexico where the country-swing, two-step-cowboy scene was in full bloom. I helped form a country band and learned and played songs of that genre, which was all-new to this San Antonio city girl. I continued writing and performing my own songs, first with this “country” sensibility, then later spreading out into social issues, Latino, and contemporary singer-songwriter writing.

You’ve said that your time in Nashville encouraged you to start writing your own songs; why is that? Did something in particular happen that motivated you? Congratulations to Ballroom’s Deputy Director Melissa McDonnell Luján and Carlos Luján, where tied the knot here in Marfa on August 24. Read a full account of the proceedings in the Big Bend Sentinel … The Marfa Chamber of Commerce hosts the annual festival, and this year the chamber is planning a great event.

This year’s event is co-presented by Ballroom Marfa. The arts and culture organization is partnering with the Marfa Chamber of Commerce to help fund and organize the concert, which takes place on the future site of the Ballroom Drive-In, an ambitious project that will reestablish the 21-acre Vizcaino Park as a state-of-the-art performance venue and community gathering space.

Three-time award winner AJ Castillo is known for his unique accordion sound and style, his energetic live performances, and his extraordinary custom accordions.” 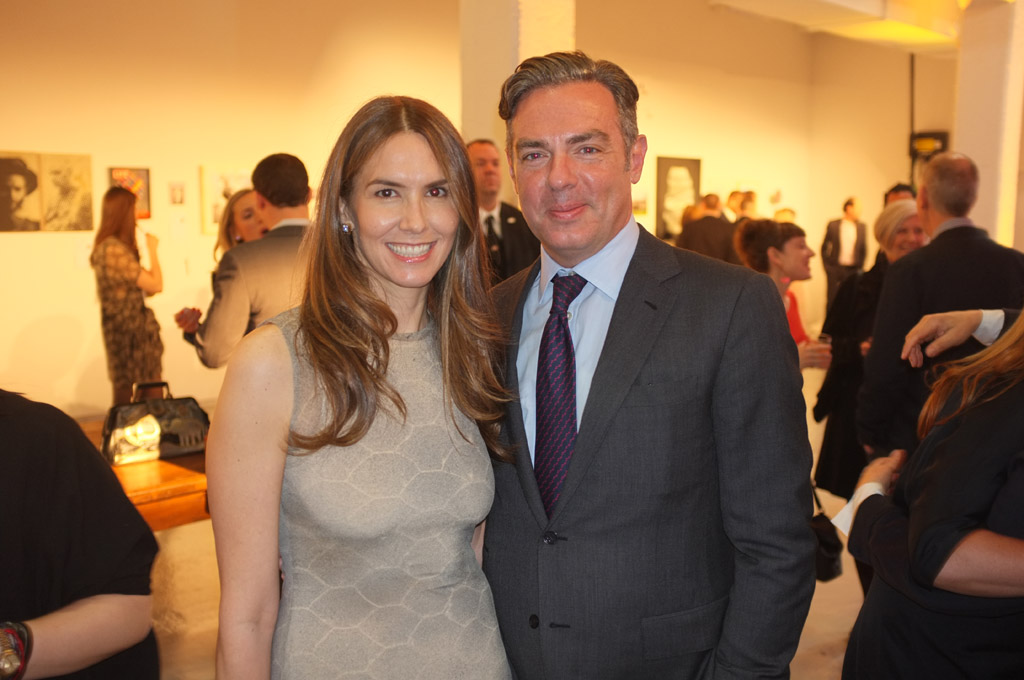 Images of From the Desert to the City, Ballroom Marfa’s 10 Year Benefit Auction and Dinner from Hanuk.

See more at and Getty Images.