Ballroom joins forces with Summer Shake Up for DJ Camp 2022, offered by Marfa ISD in collaboration with several community partner organizations. This year’s DJ Camp will be a vinyl-only workshop led by members of the Chulita Vinyl Club ATX for Marfa students in grades five through eight.

The workshop is designed to engage the imagination of youth from all musical backgrounds. Throughout the week, students will learn and practice beat-matching, mixing, scratching, and more. While offering practical experience with turntables and vinyl records, The Chulita Vinyl Club ATX also presents DJing as an art form with a rich culture and history, with portions of each class covering the history of DJ culture, music collectives, basic music theory, and an introduction to zine-making. Students are encouraged to use found music and images to create their own narratives, celebrating personal history and cultural exploration. Chulita Vinyl Club (CVC) is an all-vinyl, all-genre DJ collective made up of women, gender-non-conforming, non-binary, LGBTQ+, and self-identifying people of color. CVC launched in 2014 with the context of providing a safe space for empowerment, and togetherness, and utilizing music and vinyl as a form of resistance against the erasure of culture. The CVC ATX chapter puts an emphasis on individuals of mixed-heritage combining narratives to speak crucially about intersectional identities. Each Chulita has their own unique identity. They are not to be classified as one nationality or culture; they can be brown, black, or white and all shades in between. The unifying denominator is the belief that el disco es cultura and they have established a strong coalition deliberately choosing to only play vinyl with the goal of activating a musical history that might not otherwise be shared in the digital age.

Xochi Solis (she/her) aka Mira Mira is a mixed media artist born and raised in Austin, TX. In addition to her studio practice, she manages and spins records with the Austin chapter of Chulita Vinyl Club with a focus on the preservation and performance of Tejanx culture.  // @xochisolis

Alejandra De La Huerta González (she/her) aka Ale-Ale-Jandra is an Audio Engineer in the making. // @a.glz_atx Austin’s DJ Raquiqui, Cienfuegos and Pinche Juan had a blast teaching Marfa’s kids how to drop a needle and make a smooth transition. For the final mix, our little DJs picked their own vinyl and came up with a progression of tunes to put together. This is the final outcome of Ballroom Marfa’s DJ Camp 2021.

In kind support provided by the Capri.

Special thanks to Chulita Vinyl Club, Marfa Independent School District, Michael Roch, and the parents and students of Marfa. 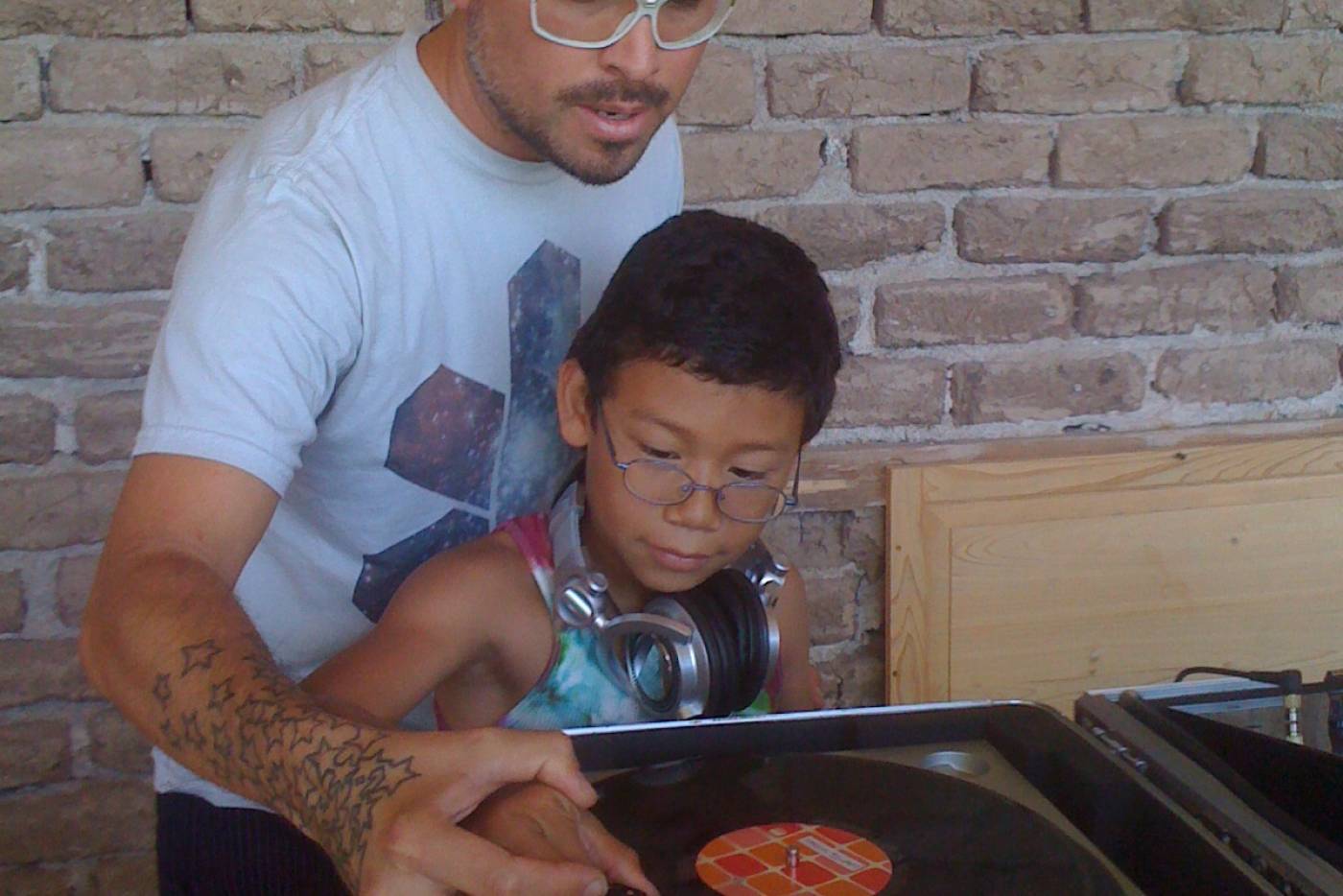